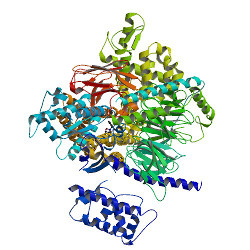 Extracellular cues are commonly converted into specific intracellular responses through the activity of G-protein coupled receptors. This mediation is paramount to regulating the majority of physiological processes. As a result, the ligands responsible for GPCR signaling have the potential to be used as models for a novel class of therapeutics. The binding of agonists to the orthosteric pocket of a GPCR stabilizes the specific receptor conformation which results in binding of three separate protein groups: first heterotrimeric GTP-binding proteins (G-proteins), second G-protein coupled receptor kinases (GRK’s) and finally β-arrestins. Subsequently, biological activity of the GPCRs is regulated by the stabilization of specific conformations that either activate or inhibit.

Seven-transmembrane receptors (7MTRs), the largest class of receptors found in the human genome, are frequently the target for medicinal therapeutics. Lefkowitz identified β-arrestin as true adaptor proteins that mediate signaling for several effector pathways. The biochemical and functional consequences of signals transduced by β-arrestins are distinct from those transduced by G proteins. Ligands and receptors have been isolated that preferentially signal through pathways mediated by either G-proteins or β-arrestins. The ligands responsible for 7TMR signaling could be used as models for a novel class of therapeutics.

The two teams of investigators utilized five strategies to produce a stable ternary complex ideally suited for crystallization. One of the successful strategies relied upon the selection of a camelid single domain antibody that allowed for stabilization of the Gβ-subunit in a well-defined conformation.