Who made the first monoclonal antibody? 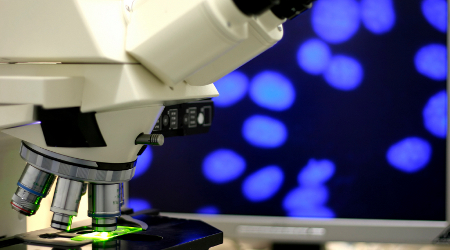 As many people know, antibodies can be categorized as either polyclonal or monoclonal. While both have their relative strengths and weaknesses, the monoclonal antibody holds bragging rights for the newest technology of the two. Monoclonal, or one clone, antibodies are typically in solution comprised of many antibodies all of the same identical formulation and structure. Because of this, monoclonals are able to bind to a single domain on an antigen. All of the antibodies in the solution are identical and thus all have affinity for the exact same binding motif.

When looking at the technological advances that made the monoclonal antibody a reality, one can wonder how it was all made possible. The first antibodies were discovered in 1890 by a team of scientists headed by Emil von Behring. At this time, it was clear that living creatures produced some sort of neutralizing substance which eventually lead to the development of vaccines. Now we know that antibodies are produced in response to foreign invaders by the body’s immune system. The body itself is capable of producing many different types of antibodies in response to an invasion by one single type of molecule. All of these antibodies can bind to different parts of the molecule, some being more successful at attaching than others. What if it was possible to only manufacture the one that had the best binding affinity?

Until 1975, the isolation of specific antibodies was just not possible. This is when Georges Kohler and Cesar Milstein discovered how to make monoclonal antibodies from hybridomas. The hybridoma takes on qualities of antibody producing B cells along with the rapid reproduction of cancer cells. Hybridomas have the ability to grow in tissue culture without the need for chain synthesis to produce the antibodies. By combining a B cell with the ability to produce a certain targeted clone of antibody with a cancerous cell that can reproduce in endless quantities, Kohler and Milstein were able to produce specific antibodies in excess thanks to the antibody factories: the hybridomas. The resulting antibodies are readily pure and arguably more specialized than traditional polyclonal mixtures. The monoclonal produced using this technology have the ability to potentially be more successful in research and drug therapies thanks to their specific binding abilities and little risk of side effects from extraneous binding of secondary targets.

For their involvement in the practical application of producing monoclonal antibodies via a hybridoma, Cesar Milstein, Georges Kohler, and Niels Kaj Jerne were awarded the Nobel Prize in 1984. Also of important note is that Cesar Milstein never patented his discovery. He viewed patents negatively, and thought that patents should be sorted out by lawyers and kept separate from scientific research… he believed that his discovery was mankind’s intellectual property.