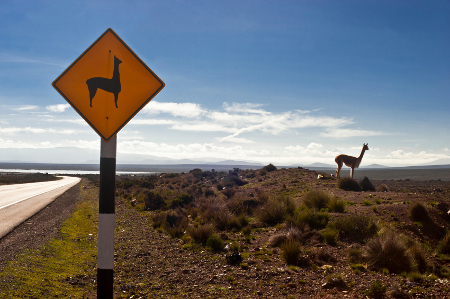 One of the most frequent questions we receive when researchers learn we produce single domain antibodies in llamas is, “Aren’t llama antibodies patented?” Llamas have gained much notoriety lately because they produce some of the smallest antibodies produced by any animal host. Approximately half of the antibodies produced by members of the Camelid family (which includes llamas and camels) are encompassed of only a single heavy chain. This lack of light chain in these types of antibodies is responsible for their small size and play a unique role in the biotechnology world. Also known as VHH antibodies, these single domain antibodies have a molecular weight of only 12-15 kDa, compared to 150-160 kDa for a normal antibody. Raymond Hamers is credited with this discovery in 1989 at Vrije Universiteit Brussel. Along with Serge Muyldermans, Jan Steyaert, and Lode Wyns, Raymond Hamers was able to pioneer the technology required to isolate and identify certain antigen specific heavy chain only camelid antibodies.

A unique class of proteins derived from these heavy chain antibodies have therapeutic properties beyond typical antibodies. This is more than in part derived from their miniature structure. The functional binding domain of the antibody is trademarked and the patents that ensued are termed the “Hamers patents”.

The Hamers patents were originally owned by Vrije Universiteit Brussel and encompassed the structure, composition, and use-specific applications of the single domain antibodies (regardless of which camelid host is used). All products that contain single domain antibodies are also protected by these patents. The original Hamers patents were transferred to Belgian biopharmaceutical company Ablynx in 2001.

In 2007, an appeal was made to Ablynx’s sole ownership of the Hamers patents. The European Patent Office made a determination that upheld “the key composition of matter claims that cover the structure and composition of single domain antibodies.” This continued to allow Ablynx exclusive rights over the Hamers patents and anything about single domain antibodies ranging from their development and applications to commercial development of therapeutic agents.

With a wide number of patents associated with single domain antibodies, it is difficult to decipher when they will expire and at what point others can begin to utilize this technology. However, the patents associated with the technology platform of antibodies lacking light chains are set to expire in Europe in 2013 and in the US from 2013-2017. Other patents hold later expiration dates. For instance, applications related to the production of these antibodies will not expire until 2014, while newer target specific application patents will not expire until 2021 (these patents are still pending in the US and Europe). So although the answer to the original question is rather complicated, for commercial purposes they indeed are patented, but many of those patents are expiring very soon.